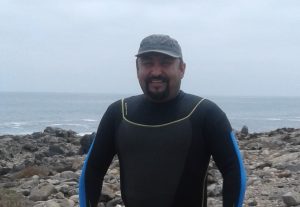 This conference focused on discussing the scope of the various ecological restoration programs at the international level, which have been applied in different parts of the world and which help to capture replicable experiences in the country that could help to generate ecological restoration plans and programs, after the occurrence of worrying events, both of natural and anthropic origin, in the different types of coastal ecosystems.

Luis Figueroa explained, “The conference addressed a number of issues related to how to deal with ecological restoration programs, ranging from how and what management indicators should be or how to focus the work with the coastal communities that rely on these ecosystems, as a matter of fact, this conference to be carried out at New Orleans, made possible to know the different programs of this type that have been developed for the recovery of ecosystems affected by Hurricane Katrina, as well as for the oil spill that occurred in the Gulf of Mexico. On the other hand, it allows to know from the first source the change of paradigms and the appropriation of new concepts, such as, the emphasis of such programs on restoring habitats and non-species, or thinking about restoration as an opportunity to prepare ecosystems and communities that are sustained by them facing major events such as climate change. ” 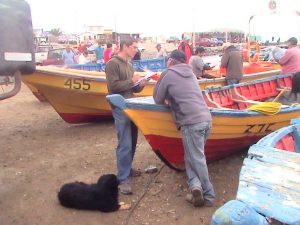 Pedro Romero added: “Participation in these seminars is important in order to know the international experiences connected to the application of research methodologies related to the ecological restoration of coastal ecosystems affected by disturbances of different origin, as well as to know trends in research and integrate knowledge that is useful in the work of Instituto de Fomento Pesquero. In addition, it serves as a barometer for assessing whether the work and concepts applied in ecological restoration or repopulation of marine species in management areas, have had similar results to the different experiences reported at the international level, and if this is not the case, identify the possible gaps that did not allow successful results, in order to find a way to rethink them and ensure the success of these actions. An example of this is the view of restoring habitats and not abundance of species, which was very marked in the conference and would explain the inefficiency of various restoration programs worldwide.

In this sense, it is interesting to show that most of the sessions are focused on the presentation of methodologies and / or guidelines for decision making in complex systems (ecological, economic and social), planning of administration programs and presentation of frameworks for the integration of knowledge in the various fields “.

The first one was entitled Effects of the extraction of Lessonia trabeculata and the need to create a program of marine algae restoration in the north of Chile, which showed the problems caused by the loss of habitat that originates the extraction of a specie considered at the international level as a structuring of the marine ecosystems of northern Chile. Another of the papers presented was entitled Repopulation of Loxechinus albus in coastal areas of Northern Chile: Trends and perspectives in the short term, where three historical cases were informed on repopulation of this species in management areas and reported effects on abundances in the long time. Both works were presented by Luis Figueroa Fábrega, Marine Ecologist of the Department of Oceanography and Environment.

Finally the third work was titled Socioeconomic and Organizational Impacts in the Areas of Management and Exploitation of Benthic Resources (AMERBs) as a tool for ecosystem restoration, in which the work presented by Pedro Romero Maltrana, Fishery Engineer of the Department of Oceanography and Environment, and has been extensively applied in the different areas of management existing in the country, allowing the identification of different categories of areas according to the degree of organization presented by the different unions that have these use allocations.