Climatic change is an ongoing process that is affecting our planet, in which marine ecosystems cover more than 70% of surface. Temperature’s increase, dissolved oxygen and seawater acidification decrease, as well as extreme events such as storm surges and El Niño intensification, are examples of threats to these ecosystems and services they generate. Among the latter, fishing and aquaculture stand out, which will have to face risks of lower landing, variables, new fishing resources appearance , geographical displacement or lower harvests in farming centers. In this scenario, the most vulnerable sectors are coastal communities associated with artisanal fishing and small-scale aquaculture. In Chile, there is consensus at national level that the best strategy to face climatic change consequences is preparation or adaptation of potentially affected communities based on scientific data .

In the context described, from 2017 to June 2021, “ Climatic change Strengthening adaptation capacity in Chilean fishing and aquaculture sector” carried out project, executed by Fisheries and Aquaculture Undersecretariat (SUBPESCA) and Ministry of Environment (MMA), and implemented by United Nations Food and Agriculture Organization (FAO), with Global Environment Facility (GEF) funding.

The main objective of this initiative was to reduce vulnerability and increase the capacity to adapt to climate change in the artisanal fisheries and small-scale aquaculture sector.

The adaptation actions were implemented in four pilot coves: Riquelme in Tarapacá, Tongoy in Coquimbo, Coliumo in Biobío and El Manzano-Hualaihué in Los Lagos.

Below are some examples of initiatives implemented at pilot sites. 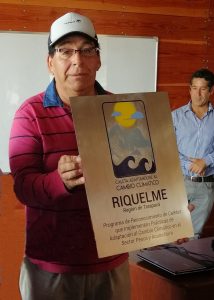 In Caleta Riquelme, a development of special interest tourism strategy and action plan was prepared, with a focus on environment and sustainability integration in activities. Ricardo Williamson, Caleta Riquelme Corporation president, points out “we see in tourism an alternative to adapt to climatic change and for this we need public and private sectors collaboration. We already have an interior tour that gives an account of our cultural and natural heritage and thanks to Ministry of Economy, Enviroment, SERNATUR, fishing companies and port, we beautify the cove façade ”. 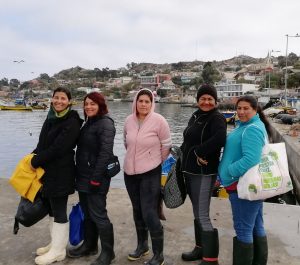 In Caleta Tongoy, stands out the first experience developed by women cultivating Japanese oysters (Crassostrea gigas). With this practice, this group of fisherwomen began in aquaculture, an activity carried out mainly by men in the cove. This initiative was a success, in addition to cultivating the resource, they innovated adding value through the production of canned oysters, all this was the basis for this group of women to become a Cooperative with the aim of continuing to develop the activity and scale it commercially. Devora García, said “It was not easy, but we managed to carry out the project, it was a new experience. Today we can think of transforming this knowledge into a stable source of work with oyster farming, which fills us with pride and creates new challenges for the future ”. 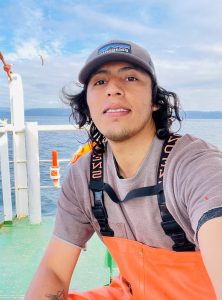 In Caleta Coliumo, Eric Torres Colla, a young fisherman with his family dedicated to extracting sardines, has seen seasonal changes and a decrease in the resource over time, which could be explained by overfishing and behavior facing environmental and climatic variability. Eric comments: “every time fees are smaller and seasons are more variable and last longer. We prepare for the future. We began to diversify with my brother Victor. Today, with the adaptation approach and added value practices given to us through the project , many of us already produce saw, pippin and other smoked products. This opens up a range of opportunities for us to generate local identity products ”.

In Caleta El Manzano-Hualaihué, institutional and public capacities strengthening , and training on climatic change are highlighted. Alejandro Naiman hake fisherman and local leader comments on governance: “neighborhood councils, school, indigenous communities, unions, federation, Zonal Directorate are involved, we are a complete team that is taking interest and finding an explanation for what we could not, together with perseverance to achieve the goal of understanding that climatic change is here to stay, even if we don’t like it and hopefully it will continue, giving girls and boys the chance to get involved in the issue “. 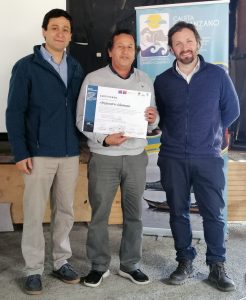 At the national level, stands out an Institutional Training Program implementation on adaptation to climatic change in fishing and aquaculture, led by COPAS Sur-Austral Center of Universidad de Concepción (UdeC). During the development of the Program, seven workshops were held, with 130 experts participation ; Likewise, 8 workshops were held with authorities and decision makers, adding a total attendance of 122 participants; In addition, a blended course / Diploma of 204 pedagogical hours was carried out, aimed at public officials linked to 15 public institutions that participated, in one way or another, in fisheries and aquaculture management, reaching a total of 172 students who they finished the course.

On the other hand, within the national project framework, Fisheries Development Institute (IFOP) was entrusted with the task of designing an “Interoperable Information System that systematizes and integrates fishing, aquaculture and climatic change data”, however IFOP team’s experience , led by Dr. Jaime Letelier, was such that they managed to go beyond requirements, arriving at a “functional prototype” linked to a restructured institutional database, which has the contribution of data from the Navy Hydrographic and Oceanographic Service (SHOA), Navy Meteorological Service (SERVIMET), Meteorological Directorate of Chile (DMC) and the National Fisheries Service (SERNAPESCA). This platform allows artisanal fishermen between Ecuador and the Magallanes region to obtain daily information on Sea Surface Temperature and the concentration of sea surface chlorophyll, to direct their fishing operations or make decisions regarding their coastal activities. On the other hand, the system also makes it possible to monitor long-term trends of environmental variables and indicators that characterize main national ecosystems and fishing resources that inhabit them so that the sectoral authority seeks the sustainability of the fishing resources and their ecosystems, therefore, the sustainability of artisanal fishing and small-scale aquaculture.