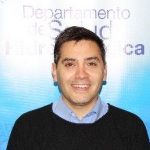 IFOP Hydrobiological Health Department head has been working hard in a program that seeks to monitor and evaluate antibiotics resistance of main pathogens that affect salmon farming. Here, his guidelines for a more efficient use.

Better control of Rickettsial Salmon Septicemia (SRS) or Piscirickettsiosis has long been a priority for both the sectoral authority and the salmonid producers themselves. This disease causes losses of more than US $ 750 million per year to the sector and, in addition, is the main responsible for the consumption of antibiotics that occurs in both rainbow trout and Atlantic salmon.

The Institute of Fisheries Development (IFOP), through its Hydrobiological Health Department – based in Puerto Montt (Los Lagos region) and headed by Sergio Contreras Lynch – has become part of this crusade. To this end, it has, for example, a research program designed to monitor and evaluate antibiotic resistance of pathogens affecting aquaculture, information that is periodically made available to the Sectoral Authority, salmon farmers and the general community.

According to Sergio Contreras – veterinarian, master in Aquaculture and MBA-, it is possible to make a more efficient use of antimicrobials. He  says, early detection and timely treatment are fundamental factors that will make the difference between a successful therapy and one that is not. He adds that this must be accompanied, necessarily, by good cultivation practices, avoiding, mainly, high densities.

SRS is one of the diseases that most concerns the Chilean salmon industry. Despite the efforts that have been made to control it, it remains a challenge. In your opinion, what is its complexity?

It is a complex bacterium, adaptable to different conditions and has a series of mechanisms that make it persist in the environment of rafts cages, both at crop level of specimens as well as those that are not. In fact, IFOP develops a program to identify pathogens in wild fish, since 2010, and positivities (by molecular biology techniques) are constantly obtained in these individuals. This does not imply that the bacteria are necessarily alive, but at least we know that there are traces of genetic material of these pathogens in wild specimens, especially in bass and silverside, as well as in feral salmonids. Thus, apparently there are many factors involved that allow the disease to persist in the centers. Additionally, we do not know what are the reservoirs in the sediment or in the water; factors that could also influence.

Regarding how it has been handled, I think that at the beginning maybe there was a wrong approach, although in recent years that has changed. We realized that it is a complex bacterium and that science of excellence had to be done in several fields, basic and applied, to address the problem.

Why do you think there was an initial wrong approach?

Because it tried to apply things that “worked” for other pathogens in salmon, for example, in the case of vaccines and other alternative treatments. However, in the last four or five years, highly specialized groups have been created in Chile, some in the field of genomics, which look for the key elements to fight the bacteria, reviewing for example how to affect their mechanisms of pathogenesis. The main shortcoming has to do with the fact that we did not know much about the bacteria, its biology and its life cycle.

What work has IFOP been doing in order to advance SRS control and reduce  drugs use ?

For the past four years we have had a permanent research program, funded by the Ministry of Economy and mandated by the Sub-secretariat for Fisheries and Aquaculture (Subpesca) to monitor and evaluate pathogens antibiotic resistance  that affect salmon farming, including SRS . Here, we had to start from scratch. First, we work on a protocol generation , as well as in the search for a specific culture medium to assess susceptibility. Finally, we generate epidemiological cutoff values ​​that allow us to differentiate the populations with greater probabilities of loss of susceptibility than those that are still susceptible. Once the protocol has been developed, IFOP has been commissioned to transfer technique and information to the laboratories that provide services to the industry. What was sought was a standardization in relation to the evaluation of susceptibility, because until now each unit applied its own technique and criteria, which made it impossible to compare results.

Currently at what stage is that program?

Today, we are focused on surveillance, observing what is happening in the field. That is why we look for proven Piscirickettsiosis outbreaks (from Los Lagos to Magallanes) and do susceptibility assessment. With this information, we are completing our map and historical data and generating trends, all of which end in final reports that are public access and can be found in IFOP pages and Subpesca.

According to the data that you have obtained from this program, can it be said that there is resistance of P. salmonis to the antibiotics used for its control?

In general, the groups that are working on the subject agree that there is no significant loss of susceptibility phenomenon for the antimicrobials used mainly in salmon farming. In other words, it seems that other factors are explaining to a greater extent the high impact of the disease in the industry. It was possible to generate a publication in the month of June, where in a joint work with Peter Smith, an expert in bacterial and therapeutic resistance in salmon (from the National University of Ireland), and Claudio Miranda, from the UCN, who says that the percentage of the bacterial population of P. salmonis categorized as having reduced susceptibility to oxytetracycline does not go beyond 9%, while the remaining 91% would be classified as a wild population, that is, with a high probability of responding to treatment. Regarding florfenicol, a greater population is observed categorized with loss of susceptibility, with 56%, which indicates that there is a greater probability of facing resistant bacteria; however, this should not be the main reason why antimicrobial treatments are not working.

It is important to mention that, in the bacterial resistance research field, it is essential to never lose sight of the phenotypic or clinical expression of the phenomenon. And for this it is necessary to link the epidemiological studies (in vitro) with the therapeutic success or failure in the centers with outbreaks. This, added to the verification of genes and determinants of resistance, is the only way to approach the real picture of bacterial resistance in productive systems.

In that sense, we observed a lot of research that has forgotten the clinical expression of bacterial susceptibility loss to antimicrobials and that is a fundamental element for the therapeutic recommendation to the producers.

In that way, how could the subject be better addressed?

I think there are two fundamental things; one has to do with the density of culture and distance between centers. In that sense, I have no doubt that companies are looking for a balance between productive efficiency and the reduction of outbreaks due to density. It is necessary to worry about that if what you want is to reduce the use of antimicrobials. The second thing is that we are clear that there are better places than others to produce salmon, but we also know that the industry is privileging those places that have better environmental and oceanographic conditions.

Another thing that we have seen with the surveillance program and others that we have implemented, such as an Innova Project where we characterize medicated foods, is that there are a series of problems related to these products formulation, that is, in the inclusion of the drug in the pellet There are several factors that influence that does not arrive with the effective dose to sick fish.

Now, adding all the above, we believe that a fundamental factor is the early start of treatment once the outbreak is confirmed. If you have a confirmed outbreak, the earlier you start therapy, the more options you have for therapeutic success and not failure. In this there is consensus between the Authority and the industry. And if this is done well, you can reduce the use of antimicrobials, because you will have more efficiency and less relapse of outbreaks. Now, obviously there are times when it is difficult to get fast with medicated food to a center that is two or three or more hours of navigation. But you have to be clear that if you arrive with two, three or more days of delay, the treatment will not be effective.

How do you see the future controlling for SNS and reducing antibiotics use in local salmon farming? Do you think that important changes can be seen in short or medium term?

Yes of course. I do not know if from here in the short term, but in the medium and long term. Many advances are being made in the understanding of pathogen genomics, for example, in virulence factors and resistance to antibiotics. Competitions have been called only to study the life cycle and reservoirs of P. salmonis, which is unprecedented. In addition, there are great advances in specialized national research capabilities in terms of experts and infrastructure, so that has to bear fruit. The truth is that, to move forward, there must be a set of things, not just research. This has to be accompanied by on-site management and appropriate densities. There must be effort from science as well as from producers and Authority.