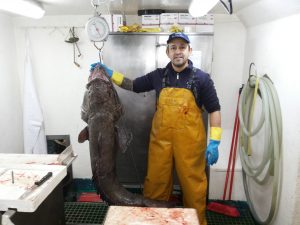 The two IFOP representatives on the Committee are Ignacio Payá and Francisco Contreras. While in the seminar of Bacalo Renato Céspedes, Liu Chong and Juan Carlos Quiroz exposed their work

The working session of the Technical Scientific Committee was held from August 2nd to 4rth. The first day was carried out at the Zonal Fisheries and Aquaculture Direction Headquarters of XII Region’s dependencies, while the rest was held at the Regional Comptroller’s Office, in Punta Arenas. 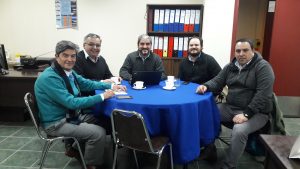 Ignacio Payá, IFOP researcher, explained that “the session of the Committee was entirely devoted to deep-sea cod, the first day was analyzed the updated background of IFOP reports on the inputs for stock assessment of the present year, as well as the monitoring of fishery to the year 2016. The other days they participated in the 2nd Seminar of deep cod organized by Association of Operators of Cod (AOBAC) “.

The second Bacalo Seminar was held between Thursday, August 3rd and Friday, August 4rth in Punta Arenas. It was organized by the Association of Magellan Depot Cod Operators, AOBAC AG, whose objective is to analyze and discuss the studies associated with The fishery of this species, denominated Dissostichus Eleginoides.

Dr.(c) ​Juan Carlos Quiroz from IFOP pointed out that “The objective was to convey with the fishing community (fishermen, scientists, stakeholders) that sustainable exploitation of deep-sea cod depends not only on population-based predictive models Developed by IFOP), but also administrative tools such as catch control rules that outline possible routes for defining biologically acceptable catches in the future. ”

Liu Chong, an IFOP Researcher, added that “The program for monitoring the extractive activity carried out by the artisanal fleet on the deep-sea cod resource as its main problems was presented in the framework of the monitoring of demersal and deep-water fisheries carried out by the Institute for Fisheries Development (IFOP). The fishery and biological results estimated from the information collected were presented, emphasizing the latitudinal tendencies existing both in the values ​​of fishing yields and in the size of the specimens caught along the Chilean coast. Finally, it was established that the study of interactions with marine mammals is of vital importance in this fishery, as well as the increase of shipments made by IFOP personnel in this fleet. ”

To finish the researcher Renato Céspedes commented “The seminar was developed successfully and has great interactive participation. This is the second time that it has been carried out, and progress has been made with respect to the previous one, including the estimation of the depredation of mammals – killer whales and sperm whales – to deep-sea cod catches, results that we offer and which, in turn, Research, where collaboration among fishermen and the scientific world was key to its implementation. “