The tournament match winner was Interpesca which brings together Intertek and Sernapesca, while IFOP was the second place.

On Friday, September 8th, in Coquimbo at the Atenas athletic complex, was held the final of “José Pepe Rojas” championship organized by IFOP Coquimbo in memory of José Rojas Pérez, who was head of Isla Damas.

The match winner was Interpesca, which brings together Intertek and Sernapesca, while IFOP took the second place in a tight dispute that was defined by goal difference, in a tournament of all against all. 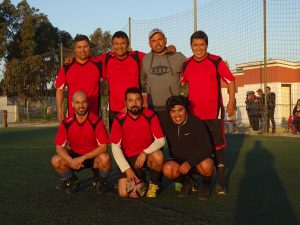 L / M Chafic which represents the crustaceans workers was left in the third place; the teams Isla Picton, Isla Damas and Bracpesca occupied the 4 to 6 place, all of them received cups and medals the best goal scorer of the tournament was Cristian Tirado from L/M Chafic, the best goalkeeper recognition was granted to José Zepeda, Fair play was awarded toJuan Jeria from Bracpesca and the best goal was scored by Luis González also from Bracpesca, all of them received gifts.

Alejandro Fuenzalida, IFOP Head of Human Relations, played in the last game and participated in the award ceremony, about this issue he commented “the initiative is remarkable and it is important to relate in another area with the companies of the area with which we interact daily, positioning IFOP as a serious institution with sportive principles, integration with the environment values, which undoubtedly contribute to personal relationships and helps making work more bearable and in this way the community recognizes and values IFOP role in Coquimbo base “. 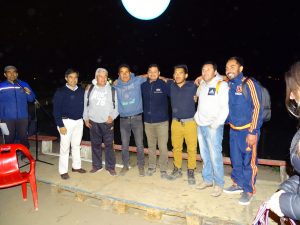 Leandro Sturla, General Manager of the Association of Industrial Shipowners of Coquimbo Region, added that “it is important for us to support this type of activities that promote sports and the union between the different players in the crustacean sector, whether artisanal or industrial, such as IFOP, Sernapesca and Intertek, we expect this activity to continue growing and as an association of industrialists we will continue to support this beautiful initiative that bring us together with sport and healthy competition.