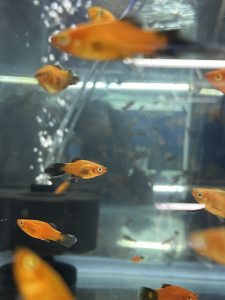 He presented part of FIPA project results “Development of a proposal for an epidemiological surveillance program based on risk for ornamental fish in Chile, based on their characterization and current health condition”

Between September 5th and 8th, the 9th International Symposium on Aquatic Animal Health (ISAAH 9th) was held, organized by the School of Veterinary Medicine of Pontificia Universidad Catolica de Chile. This event is held every four years and for the first time it is being held in Chile.

On this occasion, the central theme of ISAAH9 was the improvement of aquatic animal health towards a One Health approach, also addressing issues associated with antimicrobial resistance in aquaculture, new tools applied in animal health, emerging diseases , among others.

During this event, Dr. Jaiber Solano Iguaran, Department of Hydrobiological Health of the Fisheries Development Institute senior researcher presented part ofof the FIPA project “Development of a proposal for a risk-based epidemiological surveillance program for ornamental fish in Chile , based on their characterization and current health condition” the results ,financed by the Undersecretary of Fisheries and Aquaculture (Subpesca, FIPA).

Dr. Solano presented the first report in Chile of two pathogenic agents, the Infectious Necrosis of Spleen and Kidney Virus (INBRV) and the parasite Centrocestus formosanus. These pathogens were found in samples of the species Xiphophorus maculatus (Platy), which represents one of the ornamental fish species of greatest interest in our country. These findings gave rise, so that in February of this year the National Fisheries and Aquaculture Service began an epidemiological investigation associated with imports of ornamental fish to our country. 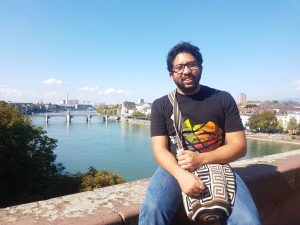 Jaiber Solano is a Biologist, PhD in Sciences with a mention in Ecology and Evolution. His line of research focuses on the use of molecular tools to study diseases in hydrobiological organisms. In this way, Jaiber was directing the FIPA project, which was being developed between January 2020 and July 2022, and had the support of Subpesca and Sernapesca.