Red Tides are a very large increase in the population of algae and can produce harmful disorders in humans by eating shellfish that have fed on these algae, which can produce poisonous toxins. It is not a virus, bacteria or fungus, nor is it an infection.

Microalgae means microscopic algae, it is an algae that cannot be seen with the naked eye, a special instrument with high magnification is needed.

No. They are different things. Vibrio parahaemolyticus is a bacteria that lives in the sea, and when conditions are favorable it increases its population, infecting shellfish. It is similar to the cholera bacteria and causes acute gastroenteritis, ie. severe diarrhea. It is not a Harmful Algal Bloom or FAN.

Yes. You may find both situations, so it is necessary to analyze shellfish extraction of each item before put in the market.

Vibrio parahaemolyticus is a bacterium, Red Tide is a product of phytoplankton; vibrio is killed when seafood is boiled and cooked, Red Tide cannot be removed from seafood. Vibrio produces violent diarrhea, Red Tide can result from diarrhea to life-threatening paralysis. If the cold chain is broken in shellfish, vibrio may appear in them; Red Tide is not dependent on external factors, if the analysis approves its use than it is safe to eat seafood. Red tide is not spread by contact, vibrio itself can contaminate any food touched by the seafood.

Its name comes from the fact that years ago the phenomena was only known for the color changes in the water, and the most noticeable color change was of a reddish tone and so the name “Red Tide” became popular. There are red tides that produce other colors such as green, brown, yellow, orange, etc. The majority of Red Tides do not produce discoloration of the water. Of the thousands of types of red tides, only a small percentage are deleterious (harmful) to humans (10% of the total).

Not necessarily, they can produce different color variations and even no color at all.

It is called bloom because Red Tides are rapidly formed and recalls the appearance of flowers in a field on springtime.

Red Tides are formed when microalgae receive a large amount of food in a short period of time. This phenomenon can be produced by natural causes or by the side effects of man´s activity.

Since red tides need sunlight and great amount of nutrients, the best time for this bloom is between spring and summer, however it has been recorded that they can also be formed in autumn due to the mixtures of water and upwelling.

Eating contaminated shellfish can cause you to suffer health problems that can lead to death. In addition, the Red Tide affects local and national markets, it can increase the value of seafood and thus affect the economy of many local people.

No, microalgaes are very small, swallowing seawater will not affect your system. You would have to swallow thousands of liters for it to affect you.

As for mollusks, they are not altered in color, taste, odor, or appearance, they do not die and there is no visible sign to identify which ones are infected and which are not. Only a specific analysis done by the Health Seremi Environmental Laboratory can detect the presence of toxins.

No, it is not recommended. Seremis Healths laboratory warning alerts, are based on the country’s main commercial resources, but this does not mean that other species aren´t infected. For the region of Magallanes the following resources cannot be eaten without previously being analyzed: clams, mussels, oysters, picuyo snail, piquilhue snail, trophon snail, loco, picoroco and piure. Lapa and Maucho although not listed as dangerous animals, there have been records of VPM toxicity in them.

No, cooking will not remove the toxin, nor the addition of lemon, vinegar or alcohol. These substances favor the absorption of the toxin. It is important to note that poisoning is caused by eating shellfish and not by touching or handling them, even when they contain a high level of toxin.

Surely you can eat any seafood that has been previously analyzed. You should always demand the certificate of analysis that the SS legally establishes for seafood sale and distribution.

It is a fact that these situations affect the health of the population and local economy. It is an important fact that we must know to safeguard the welfare of all Chileans and those visiting Chile.

All mentioned poisons can cause nausea, dizziness and headache as initial symptoms of poisoning, however, as the name implies, in case of significant ingestion it can cause:

VPM: muscle paralysis in varying degrees and even death by asphyxiation (apnea)

To date, no effective antidotes against red tide are known. There are hospitalization techniques that keep the person alive after the poisoning, until the body recovers from the toxins effects.

Be responsible, do not eat seafood without approval fromt the government.

The Red Tide is like the famous Russian roulette… you will NEVER know if the danger is in your hands at the time, until it becomes too late. Prevention is the key to living happier. 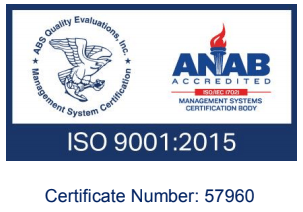